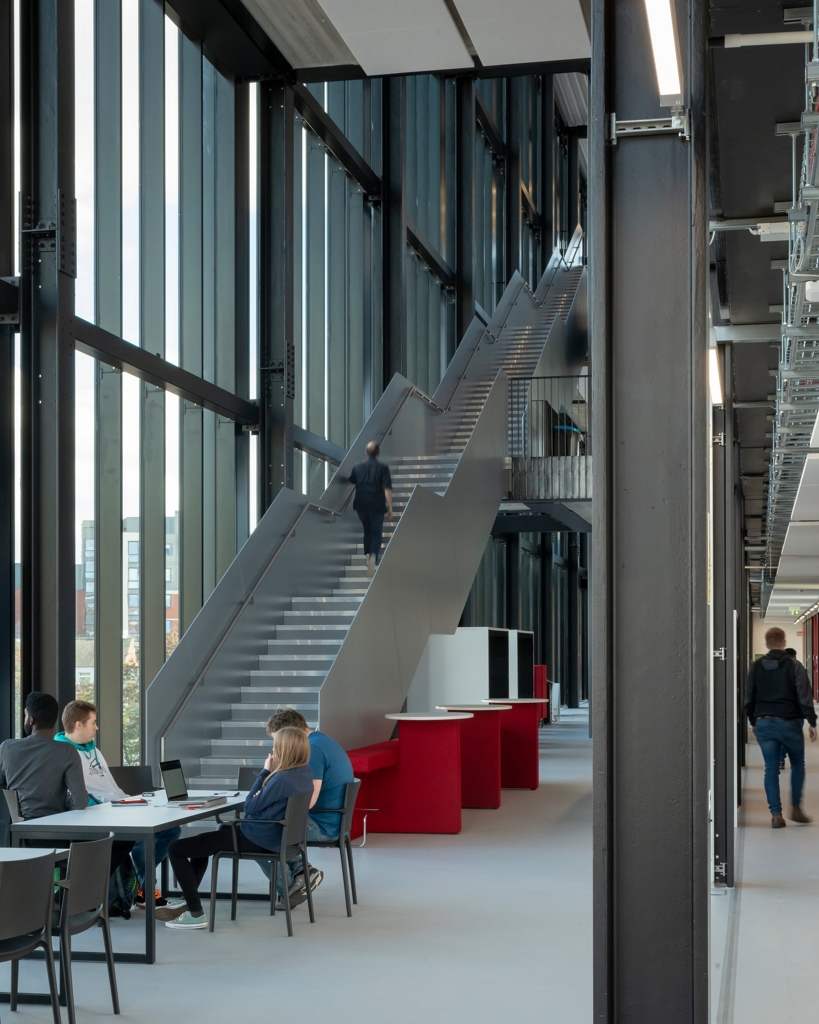 Our Engineering Innovation Centre (EIC), delivered in partnership with SimponHaugh, has won a 2020 Scottish Design Award for Education Building of the Year.

The University of Central Lancashire - Engineering Innovation Centre (EIC) is a 7000m² state-of-the-art facility, located at the heart of UCLan’s Preston Campus. Its aim is to exploit the location of the University at the centre of one of the most intense engineering and manufacturing areas in the UK, and to establish UCLan as a leader in engineering innovation.

The design focuses on an integrated space for teaching, research and knowledge exchange and was described by the judging panel as representing ‘the very best of educational contemporary design.'

Our team worked hard to create a shared workspace that encourages interaction, engagement and creativity, and also inspires the development of long-term partnerships.

We are delighted that it has been recognised in this year’s awards and we look forward to celebrating with our client and collaborators again soon. 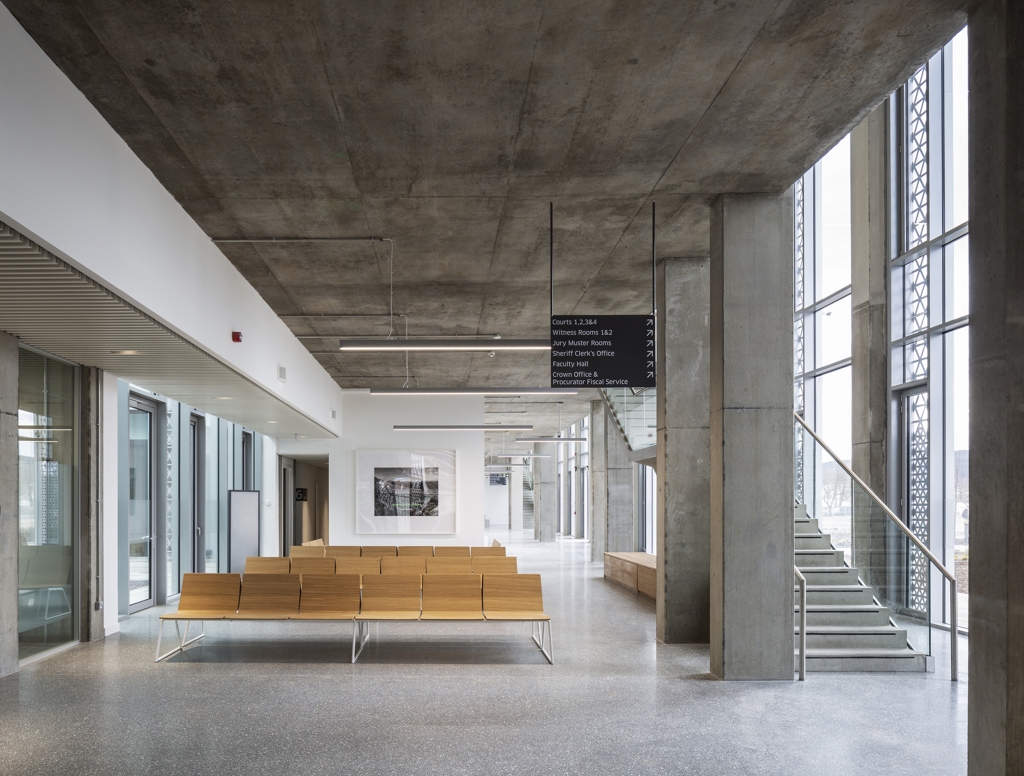 The opening has allowed the Scottish Courts and Tribunals Service (SCTS) to vacate Inverness Castle but also to have a base from which to prioritise critical court business during the coronavirus outbreak – as it operates one of 10 key court hubs during these unprecedented times.

The justice centre, which began construction near Burnett Road police station in 2017, brings together integrated justice services under one roof to support victims, witnesses, litigants and other users, with specially designed facilities for children and vulnerable witnesses.

“This is a landmark building which will offer Inverness the very best of facilities.

“There is the unique opportunity for all the organisations involved to have an integrated approach to community justice with the objective of reducing re-offending.”

“This is a milestone for Inverness and gives us so many opportunities.

“It will offer a new, collaborative approach, bringing together under one roof the courts and tribunals, prosecution, social work, NHS, and other third sector organisations.” 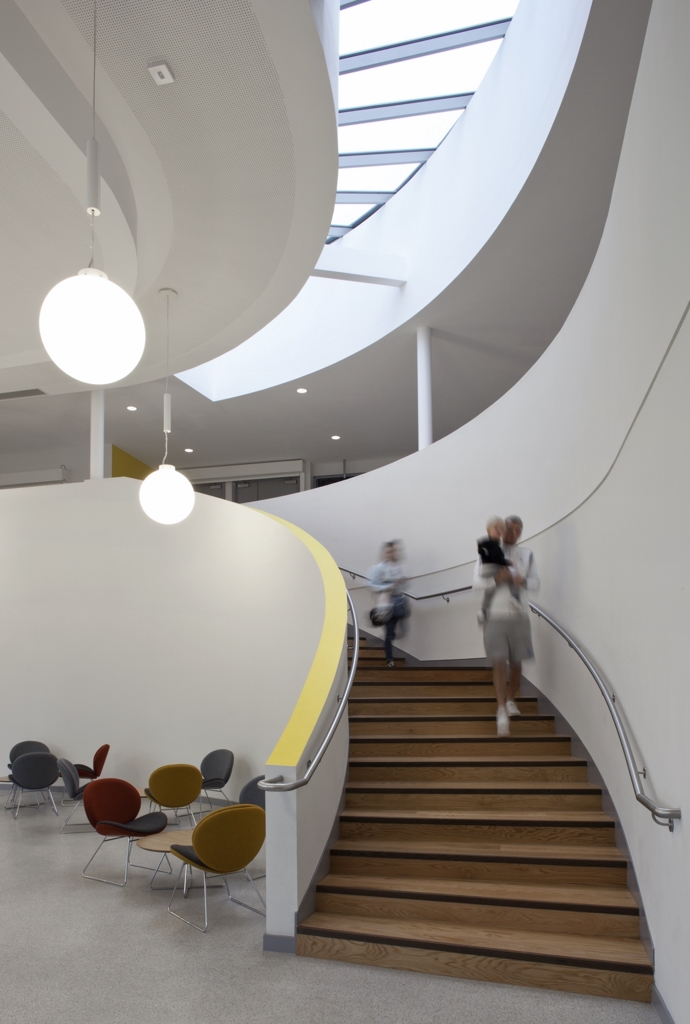 Our Inverclyde National Sports Training Centre has been shortlisted for the RIAS Awards 2020.

Eighteen buildings have made the shortlist for The Royal Incorporation of Architects in Scotland 2020 awards, selected from over 80 entries.

Reflecting on this year’s submissions and the climate challenges for Scottish architecture, Chair of the RIAS Awards judging panel Jenny Jones commented:‍

"Given that these projects would have been commissioned, at the very least several years ago, there are some very strong carbon-conscious submissions which demonstrate an attention to the challenges we all face.

"The greater shift will become evident in the next years if we continue to challenge and create innovative responses as to how we can 'build' with environmental consciousness."‍ 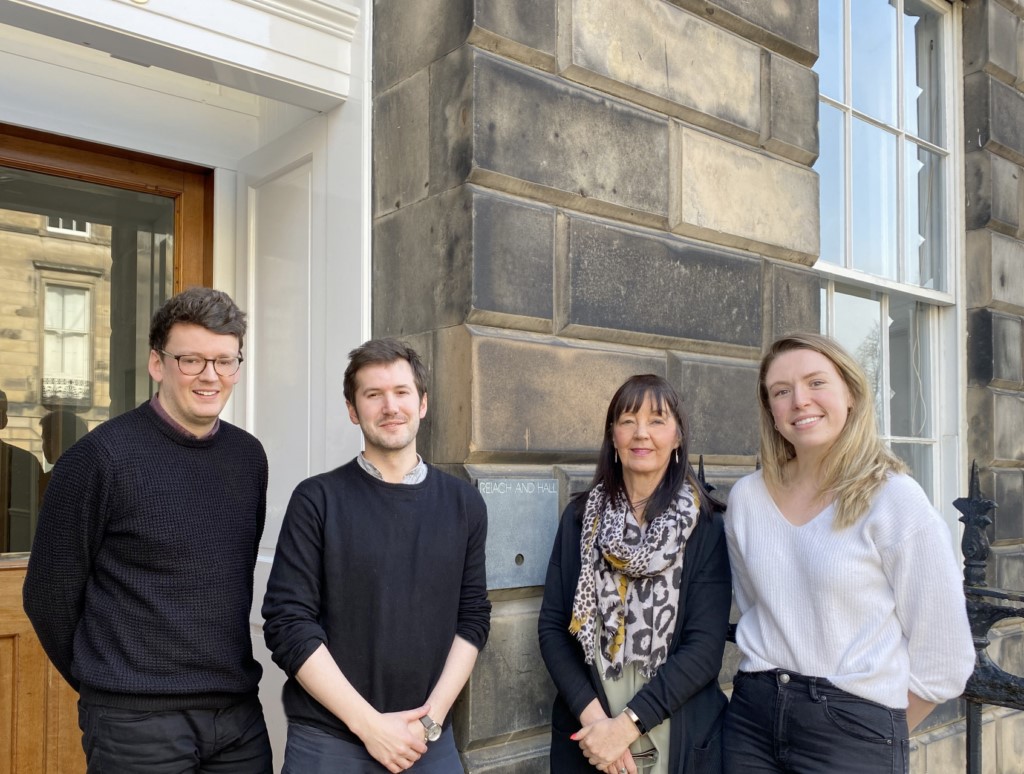 Reiach and Hall are pleased to welcome 4 new promotions. David Stirling, Jane Wilson, Neil Cunning and Wynne McLeish have been promoted to the position of Associate, in recognition of their highly valued support and significant contributions to the practice.

We wish them every success in their new roles. 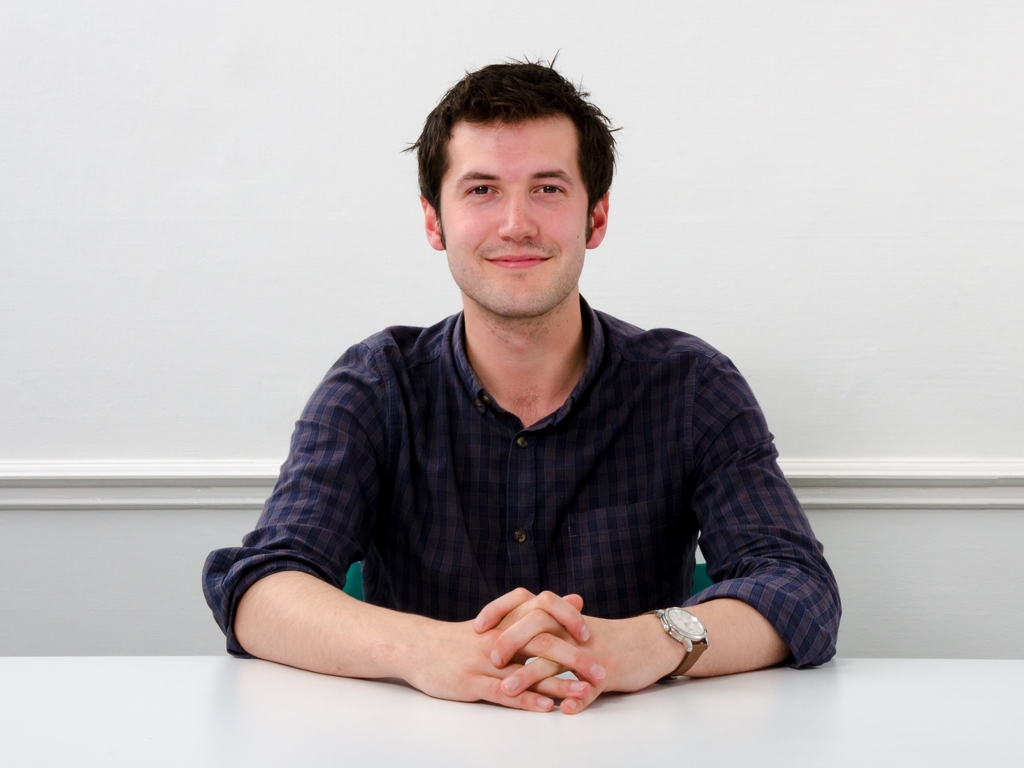 Reiach and Hall are pleased to announce that Neil Culling has passed his Part 3 professional practice exam and is now a qualified architect. Congratulations to Neil from all at Reiach and Hall Architects. 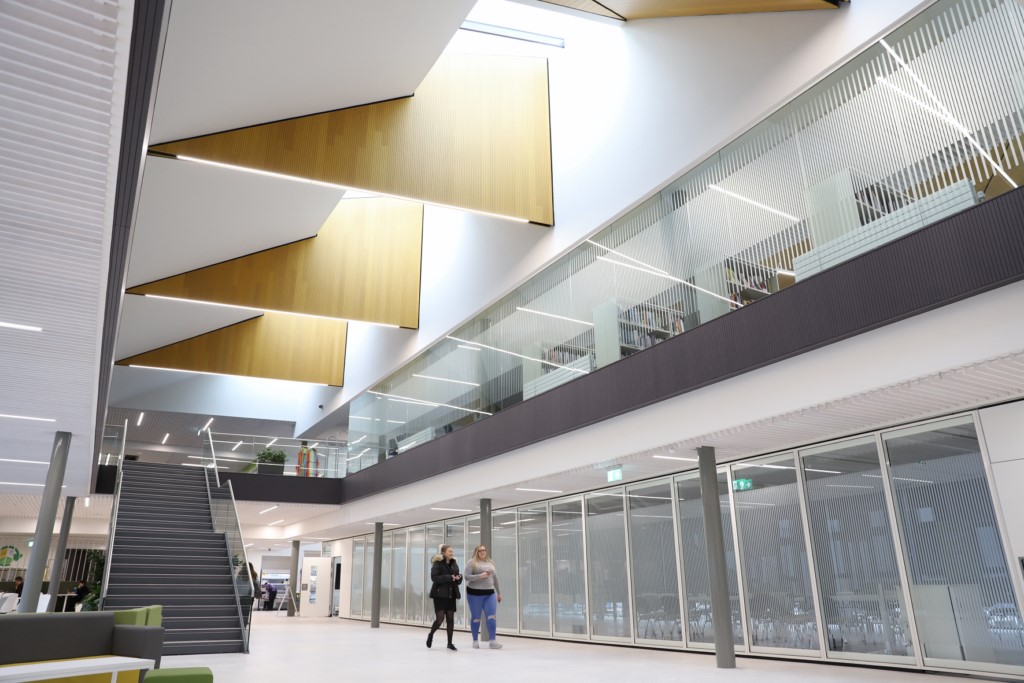 Reiach and Hall are delighted to see students and staff now working in the newly completed Falkirk Campus of Forth Valley College. We have worked with the College for over 11 years, delivering major campuses in Alloa and Stirling along with other minor refurbishment works. The headquarters Falkirk Campus, completed with Keppie, at 21,000msq isthe biggest of the three and has been described by the Principal, Dr Ken Thomson, as:‍

"Providing a fantastic atmosphere for learning."

"We set the bar high in Alloa, cleared it in Stirling and for Falkirk, I believe we have set new records."‍

The new campus specialises in Science, Maths, Engineering and Construction subjects to complement its proximity to the Chemical, Oil and Gas sector in Grangemouth. However, there is also a strong emphasis on Care, Health and Sport, Salon Services and Access and Progression courses.